Letter from the Dungkar Gonpa Society

The Dungkar Gonpa Society (DGS) was founded by Kyabje Domo Geshe Rinpoche in 1976 in New York State, shortly after he arrived in the United States. It is the North American branch of his organizations in India and Tibet. The DGS was involved in the search for Rinpoche’s reincarnation, and in 2006 announced the selection of a child. You can learn more about their selection process and the child at their website.

In 2004, while the selection process was still underway, the DGS sent the following letter to Tara and the White Conch Dharma Center board. It details why they – and the larger Gelug community – reject Tara’s claim, before reiterating the request for her to stop using their teacher’s name. 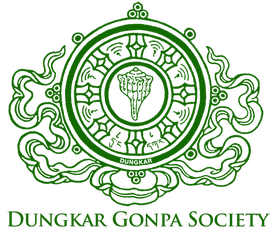 The following letter expresses the position of the Dungkar Gonpa Society about the woman who calls herself Domo Geshe Rinpoche:

To: Marjorie Quinn, also known as Tara Dadak, and the Members of the White Conch Dharma Centers:

In response to Ms. Quinn-Dadak’s allegations we want to state the following:

1. The Gelug Tradition to which Ms. Quinn-Dadak purports to belong as Domo Geshe Rinpoche does not allow and does not recognize self-proclaimed reincarnations like her own. According to the Gelug school of Tibetan Buddhism, all reincarnations must be officially recognized by other incarnate lamas. This has not been her case. Consequently, neither her assumed identity nor any of her acts performed as Domo Geshe Rimpoche in this country or abroad, including the ordination of monks and nuns, can be regarded as having any legitimacy.

3. Therefore, H.H. Trijang Chocktrul Rinpoche, his followers, and all the followers of the late Kyabje Domo Geshe Rinpoche, categorically reject any claim by anyone else, whether man or woman, American or Tibetan, to be the true incarnation.

In May, 2003, a lawyer retained by the Dungkar Gonpa Society wrote to Ms. Quinn-Dadak to instruct her to cease representing herself as Domo Geshe Rinpoche. We have waited for more than a year for her to comply, but to no avail. We now demand for the reasons stated above that:

If within twenty-one days from the date of this letter these demands are not met, we will make copies of this letter publicly and widely available. Whatever Ms. Quinn-Dadak does or teaches under her own name is not our concern. However, she may not use the name “Domo Geshe Rinpoche” nor may she continue to pretend to be his true incarnation.